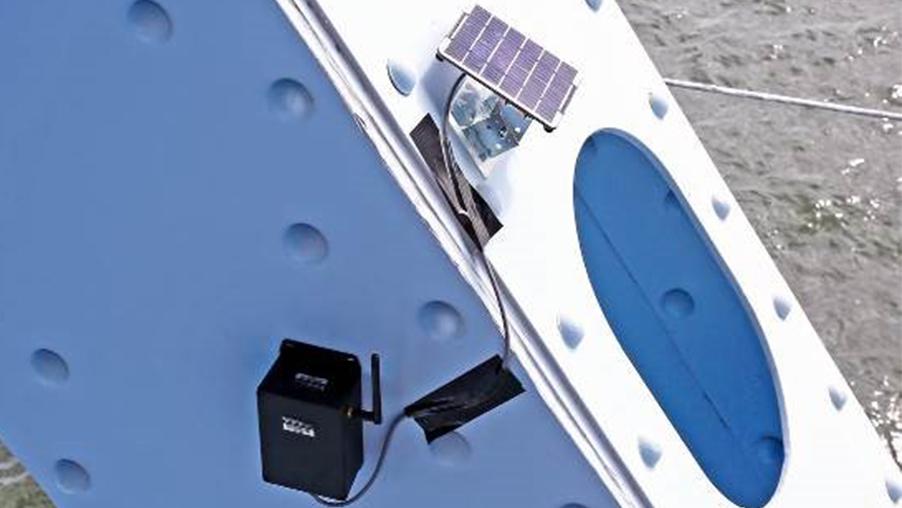 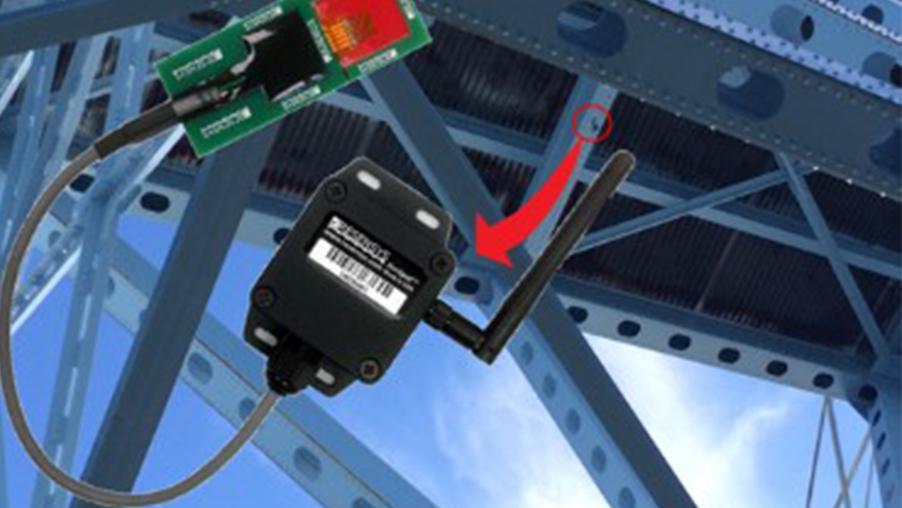 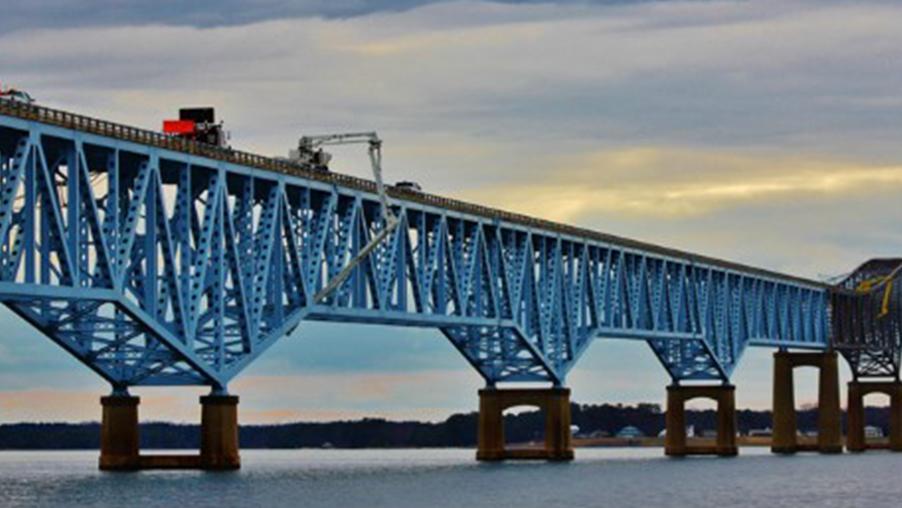 AI Engineers, Inc. (AI) was asked by the Fredericksburg District of VDOT to install strain gauges on the Robert O. Norris Jr. Bridge, which carries Route 3 over the Rappahannock River from Grey’s Point to White Stone, VA. This structure has a total length of 9,985 ft. consisting of 44 spans of varying construction. In October 2015, AI deployed a Resensys structural health monitoring system on the structure for monitoring floor beams and girders. The system consists of 25 high rate strain SenSpot sensors, 2 solar-powered SeniMax data logger and remote communication gateways, and 5 solar-powered signal repeaters. The monitoring system was installed during the routine NBIS safety inspection of this structure, so there was no additional inconvenience to the traveling public. The maintenance of traffic for this structure consists of a 2-mile-long flagging operation with a pilot vehicle to create a safe workzone.

Three UB-62 snoopers were used concurrently to install the strain gauges and perform the inspection of this bridge. The sensors continuously monitor the strain in the members on which they are installed, and monthly reports are generated for the District, showing the peak strains that are produced by standard traffic utilizing this bridge. Reports were submitted for a period of 6 months; however, the gauges are still on the bridge and will continue to gather data on these members for up to 10 years.

In March 2016, AI, using the Resensys technology, performed a load test of the bridge to verify the load rating results for specific members. Two trucks of known weight were slowly driven over the bridge in adjacent lanes to maximize the loading on the gauged floor beams and girders. The measured strains produced by these trucks were then compared to the calculated stresses in these members generated from AASHTOWare’s BrR load rating model. This information could then be used to see if the load rating was accurately modeling the performance of these members.